The Sunshine Coast is currently experiencing a previously unseen period of infrastructure & development.

Here are our top five key economic drivers that give us confidence in the future of the Sunshine Coast market. The proposed Maroochydore CBD is set to occupy the current grounds of the Horton Park Golf Course in Central Maroochydore. It will be a vibrant hub of commerce, technology, innovation, entertainment and inner-city living. Works are well underway as you can see when you drive along Aerodrome Road. This ground-breaking city-making project will feature: 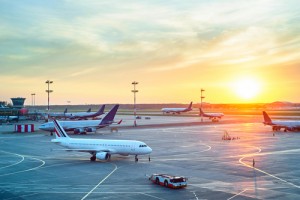 In answer to progressive populations growth, increasing regional tourism, business and community requirements, the Sunshine Coast Airport has been approved for an expansion and upgrade.

Works on the expansion are well underway as you can see when you travel north bound on the Sunshine Motorway.

This development will provide access to growing markets both domestically and internationally.

It will generate jobs and economic growth, boost tourism, help export businesses and secure air access to the Sunshine Coast for generations to come. The Sunshine Coast Regional Council has recently approved and works are well and truly under way for the $350 million expansion of the Sunshine Plaza.

The significant redevelopment will see Sunshine Plaza become the first super-regional shopping centre north of Brisbane and is expected to generate 2,300 additional retail jobs for the region on completion.

The expansion is expected to create not only a new high class retail experience for the region but a much needed economic injection. One of the most exciting health and medical research districts in Australia is underway on our doorstep.

The Health Hub will include both a public and private Hospital plus an allied health facility and is projected to provide a $3.2 billion economic impact to the greater Sunshine Coast region whilst generating more than 3,000 jobs per annum during the development phase.

It will be one of the largest infrastructure projects ever undertaken on the Sunshine Coast. 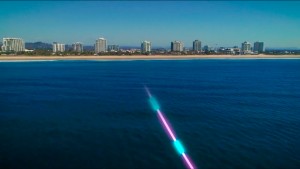 Maroochydore will have Australia’s fastest telecommunications and data connection to Asia and the second fastest to the United States, via a new international submarine broadband cable, due to land at Maroochydore and be operating by 2020.